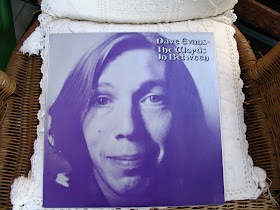 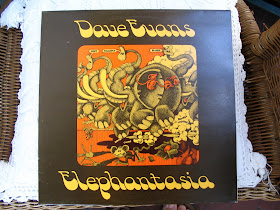 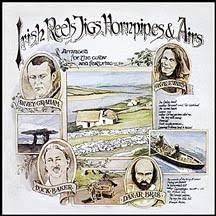 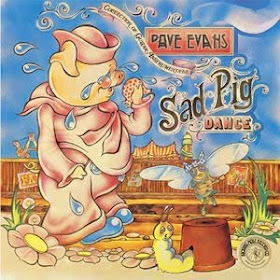 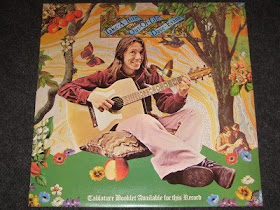 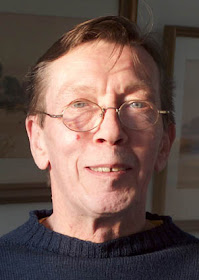 One of my true acoustic guitar heroes has been - for decades now and much more than John Renbourn or Leo Kottke, on same Bert Jansch and John Fahey and Robbie Basho's pars - the great, now (musically) "semi-retired" Dave Evans.

As not too much has been recently written about him - on paper and web, as well - let me try to fill the gap, as he wrote, arranged and played among the most pleasant, beautiful, challenging, poetic - to play and to listen to - guitar tunes, ever.

As a plus, he represented, to me, the Renaissance/African bridge with modern times, as he built his first self, hand made acoustic green-topped guitar in 1968 and recorded the seminal first two much sought-after records ("The Words in Between" and "Elephantasia", items which you'll not easily see at your local second-hand disc shop) - Ian A. Anderson's produced, published on his The Village Thing label, and two of the (almost) three records he made for Ed Denson/Stefan Grossman's Kicking Mule Records.

With its 12 frets out of the body, large fingerboard, very personal sonic footprint, it's like a voice: unique.

All his tunes, from Sad Pig Dance to The Whistling Milkman used quite weird, seldom seen tuning, being variation/mixes of C and G tunings, with merits of both: by chance, his CGDGAD became one of my (humbly) fave, like Michael Hedges' and, most of all, Alex de Grassi's.

But the highest peaks of Dave Evans's art were reached with the five Irish tunes he arranged and played on the last recordings he made: Irish Reels, Jigs, Hornpipes and Airs on Kicking Mule label.

He shared this very disc with Davey Graham, Duck Baker and Dan Ar Bras, BUT Dave's tunes shine of a sooo bright light to shadow other, no lesser tunes.

His playing is so easy to the ears that when I had the chance, some years after this disc was issued - thanks to Janet Smith from Berkeley, California for sending to me all the TABs... also if we corresponded for years, she will never know what a turbo gift she made to me;-)) - while learning and playing these tunes, I fully appreciated the class, the beauty of these melodies and arrangements: The Galtee Hunt, Sheebeg and Sheemore, The Donegal Pilgrim, Mawgan Magan and Hewlett are in my playing playlist since early '90s... and every time I play I smile like an idiot, so satisfied to look at my fingers dancing up and down the fretboard!

It's possibly a less-flashy, yet purer, acoustic guitar playing than, say, the Don Ross', Michael Hedges' hinted or Tommy Emmanuel's approaches, with tapping and the likes... BUT when, at every guitar gathering or Open Mike wherever you play one of these... well, folks... people get trapped in awe... it's a mix of old melodies, weird, unseen technique and tunings and a touch of mistery (i.e. - "Dave Evans? Who's him? Do you mean AC/DC's singer?!?! Uhhh... he's also playing nice acoustic guitar..." or "Do you mean The Edge, U2 guitarist?!?! Great!"

After building an harp guitar for Pierre Bensusan, who still honours Dave on his nice site for this masterpiece, mr. Evans, now David Evans, settled in Belgium many years ago, where he managed another of his passions: pottery.

While sharing with mates a traditional brewery, he still persues pottery, with occasional guitar fixing on demand and, I hope'n'trust, some guitar playing.

A very Renaissance-like man, with beauty and good life as a goal... he will always remain an hero and a lighthouse for me.

Thanks a lot, Dave... hope to meet you in the near future, David;-)

Dave Evans in Pierre Bensusan's site, about his harp guitar